The Delta of Birma 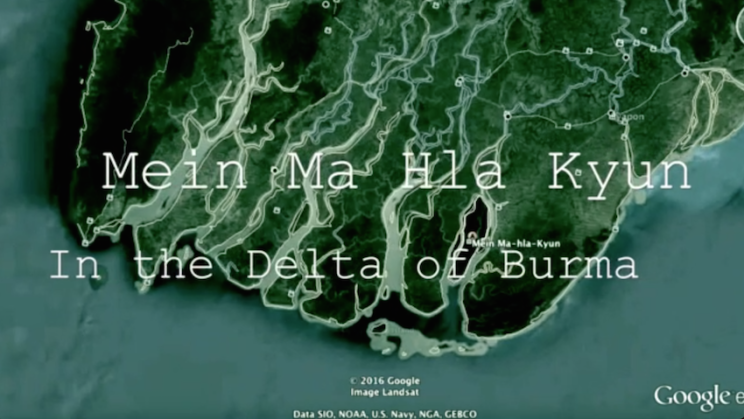 This year’s Christmas was quite special: we spent our holidays on the beaches of Dawei and Kawtaung. A short visa run to Thailand by boat (to Ranong) is also included.

Taking the Train in Burma

In Yangon, we live on the edge of townships Yankin and Tamwe. It’s a very kaleidoscopic area, as fancy villa’s border some of the poorest housing blocks in the city. In terms of architecture, Tamwe is no paradise. Post WW2 soviet-style housing blocks are covered with mold and dirt, empty spaces are taken up by bamboo shelters, covered with plastic found on the street. The occasional wooden colonial building is broken beyond repair. What the buildings lack in colour, is made up for by the people who inhabit this curious township. Known to be a “Muslim” neighborhood, Tamwe is a world on its own. Although there are several mosques, the muslims are still a minority. The ethnic mix is overwhelming: Bamar Buddhists, 2nd and 3rd generation Indians, Bangladeshi and Nepali all live together in this lively neighborhood. In a mosque I found a young guy with green eyes and European features. Presuming he is from central asian decent, I asked him about his origine and his light eyes. “I am from here, but I think Allah gave me my green eyes”. I guess we can never unravel this melting pot of origins anymore.

Here in Yangon the tropic night falls early, around 6pm. Although the shops and offices close around 5, the work for many craftsmen continues. They either work long hours, or maybe they engage in -what the Americans call- “Moonlighting”, a second or even third job, just to pay the bills. Often lit by just a naked lightbulb, the young ladies operate their Singer sowing machines,  craftsman weld rusty pieces of metal, wearing only sunglasses for protection. The car mechanics do a complete engine overhaul on the side of the street, packing there repair shops with thousands of spare parts. How can they ever find something back? Everywhere there is the noise of grinders, drills, the sound of metal on metal and the roaring diesels of 1950’s era busses. The air is filled with the smell of engine oil, garlic, fermented shrimp, sewers and garbage. Maneuvering the streets is no easy task, with trucks, busses, cars, rickshas, bikes and hand-carts demanding all your attention. The smaller streets are more quite, offering a space to retreat. Because in the midst of all this urban chaos, this constant assault on your senses, the Yangonites still find time to eat, play and pray.

I made a one minute video on this important day for Myanmar. Minke Vorstenbosch and I biked through Tamwe Township and visited 4 voting stations as true “Amateur Observers”. The officials let us in at all 4 locations, and everybody was happy and smiling at us. Hey, we even got free drinks. Democracy feels good.

How big is Yangon?

As I was biking through Yangon today, I was thinking how big the city is. 6 million people living here in Yangon, but there are almost no high-rise buildings, so the city is spread out horizontally over a large surface area. From downtown to uptown is about 10 miles (16.5 kilometers) What better to illustrate this with a picture? Leiden within Yangon: 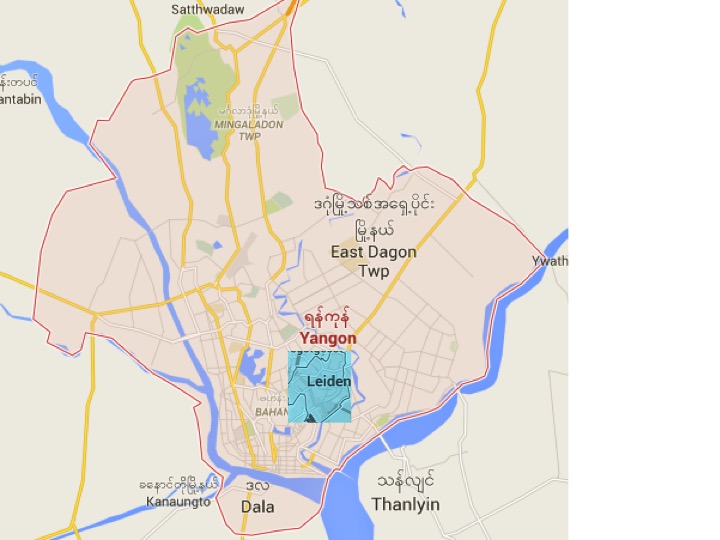 Our trip in Yunnan & Tibet

Last weekend we went  a way for a few days. Since we are currently in the middle of the rainy season, we looked at the ‘rainfall-charts and picked a spot in the dry(est) zone, 3 hours from Mandalay in Southern Sagaing region.

But Myanmar is experiencing the worst floods since cyclone Nargis (2008) so even in the ‘dry zone’ there was plenty of rain. We nevertheless enjoyed Monywa, since it has very divers sites:

Great as a weekend get-away and highly reccomended as stop between Mandalay and Bagan. See for yourself.

0 comments on “English posts”Add yours →